Original story can be found HERE 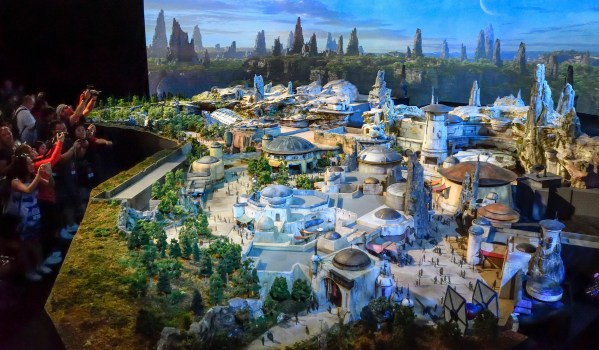 A lot people both in and outside of Disney are justifying Disneyland’s latest annual price increaseby talking about the expense of building the park’s upcoming Star Wars land. Magic isn’t cheap, they say.

And they are right. Disney never publicly confirms what it spends building its theme park attractions, but top-quality new rides can cost in the hundreds of millions of dollars. The Star Wars: Galaxy’s Edge project, which includes new lands at Disneyland and Disney’s Hollywood Studios in Florida’s Walt Disney World, widely has been reported to cost Disney at least $1 billion. That’s a galaxy’s worth of Mickey bars.

But most companies don’t get to simply balance their books by passing higher costs along to customers. Sure, they can try, but if customers won’t pay the higher prices, the company is stuck.

Now, many Disney fans are hoping that this latest price increase will become the one that finally does push a significant number of Disneyland visitors to say “no” and stop coming to the parks. The trouble is we all are hoping that it’s someone else who bails, so we can enjoy lighter crowds while we keep visiting.

The result? Probably the same as the last umpteen annual price increases at Disney – the crowds will keep getting bigger, and Disney will keep making more money.

Why are so many people willing to spend more and more and more to visit Disneyland and Walt Disney World?  I think that Disney management understands that it no longer can get away with drawing down its brand value the way that it did with its theme parks in the late 1990s and early 2000s. Disney needs to give the public more as it asks for higher and higher prices. For the most part, Disney has been delivering that in recent years.

Could Disneyland be raising annual pass prices over $1,000 if it hadn’t revamped California Adventure, built Cars Land and created Guardians of the Galaxy: Mission Breakout? Could Walt Disney World be charging $380 for four days at its parks if it hadn’t rebuilt its Fantasyland and added new Avatar and Toy Story lands? I doubt it. Especially not with arch rival Universal spending hundreds of millions of its dollars to build widely beloved Harry Potter lands as well as new attractions based on the popular Minions and Transformer franchises.

Oh yeah, Universal. If recent history holds, we can expect Universal to follow Disney with price increases for its Los Angeles and Orlando theme parks any day now. Will other theme parks join in, too?

Probably not, because no other theme park company has the resources to spend hundreds of millions of dollars in the hope that a new attraction will lure millions of fans willing to spend more money to visit. Magic isn’t cheap, and at this point, only Disney and Universal – and their fans – seem to have the ability, and willingness, to pay for it.